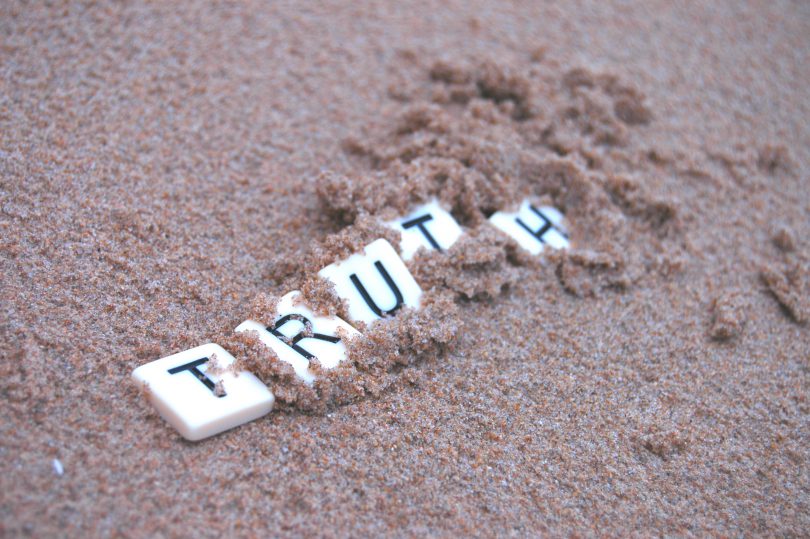 The issue of being truthful or not has repeatedly been in the national news over these past few months and that is a good thing. It brings to our attention the importance of some fundamental values in our society such as honesty, integrity and truthfulness. The national discussion also gives us a vertiginous glimpse of the abyss we would fall into if we abandoned those values.
However, defining the concept of truth is difficult. Scholars, philosophers, and theologians have struggle with its meaning for ages. The concept has been explored in literature and the arts.
The German 20th century philosopher Martin Heidegger believed that the ancient Greek word for truth simply meant “the revealing of something that was previously concealed.” Another German philosopher, Jurgen Habermas believed that truth is whatever is agreed upon (the Consensus Theory.) The poet John Keats made the connection between truth and beauty. He wrote in Ode on a Grecian Urn:
“’Beauty is truth, truth beauty,’ – that is all / Ye know on earth, and all ye need to know.”
In this complicated process of defining truth, we find some comfort from “facts.” However, we quasi never have all the facts. Furthermore, there is a difference between facts and how we interpret or experience them. A good analogy is the wind chill factor. It is the difference between the outdoor temperature that is scientifically measured and what we feel or experience because of the cooling effect of wind.
We all tend to believe what confirms an opinion we already have. Professor Philip Fernbach of the University of Colorado and Professor Steven Sloman of Brown University in a recent New York Times Op-ed “Why We believe Obvious Untruth” make the interesting point that often we do not have enough knowledge to separate fact from fiction because; they write, “ignorance is our natural state; it is a product of the way the mind works.” They also note that “large group of people can coalesce around a common belief when few of them individually possess the requisite knowledge to support it.”
How should we then live? How can we act in a rational and moral way if we are confused as to what is and what is not? Are we prisoners of our own ignorance as to the truth? We all know the famous biblical saying:
“Ye shall know the truth and the truth shall set you free.”
The PRSA Code of Ethics states that:
“We adhere to the highest standards of accuracy and truth in advancing the interests of those we represent and in communicating with the public.”
The reason truth is so important is that when it is betrayed, it erodes and sometimes permanently damages trust. We cannot function without a minimum of trust. Without trust we would never undergo surgery or take a prescription drug or even buy food. Without trust we would never ride an elevator or a car or even sit on a chair. The list is endless. It is, in fact, hard to imagine a human activity that does not involve at least some level of trust.
That is why it is critical for democratic societies to defend the truth whenever it is threatened.
As Martin Luther once said:
Peace maybe, but Truth at all cost.

September 22, 2018
Guidelines, Codes and Principles-What’s the Point? CEO Richard Edelman delivered a speech entitled The Battle Ground is Trust , at the National Press Club on Wednesday October 18, 2017 where, he deplores the people’s loss of trust in industries, institutions and governments. He then calls for a new set of ethics principles for the PR industry. I find it very remarkable and encouraging that the CEO of the world’s largest PR firm addresses, head on, the issues of ethics in the practice of the profession. He says: “Every company and brand has the responsibility to behave ethically” and that “organization individual guide lines do not safeguard ethical behavior.” He is right.   No guidelines, codes or principles will ever safeguard against wrongdoing. We’ve had the Ten Commandments for thousands of years, yet people still break those commandments systematically and universally. Should we abandon them completely? God forbid! Many PR firms and most
Read more
March 13, 2019
Artificial Intelligence: The Imperative Role of Ethics in its Development Artificial Intelligence has and will have greater potential for improving the lives of millions. It may very well be the New Frontier of our century. Today, AI is being used extensively and beneficially in practically all fields of our daily lives such as in healthcare, the automotive industry, finance, the economy, politics, justice and marketing. Towards Data Science  has compiled the following interesting statistics: According to Adobe, only 15% of enterprises are using AI as of today, but 31% are expected to add it over the coming 12 months. International Data Corporation (IDC) predicts that the compound annual growth rate for global spending on AI will be 50.1%, reaching $57.6 billion by 2021. Accenture predicts that The AI healthcare market is expected to hit $6.6 billion by 2021. On the negative side PWC found that 38% of U.S. jobs are vulnerable to being replaced by AI in the next 15 years. S
Read more
September 17, 2018 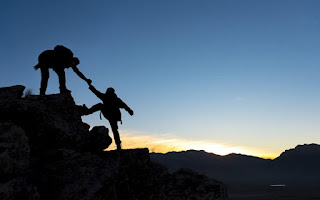 Your Humble Servant, The CEO The term “leadership” is relatively new. According to the Oxford English Dictionary, the word can be traced only as far back as the 19 th century. Today, leadership has become a hot topic. Amazon offers 300,000 books with the word “leadership” in the title. It seems that most everyone wants to be a leader or at least be perceived as one. The leadership status carries panache and demands respect and undoubtedly satisfies one’s ego. The most frequent question asked when discussing leadership is whether leaders are born or made? The consensus today is that there are indeed some in-born characteristics that predisposes people to become leaders. A recent research by the University of Illinois suggests that leadership is 30 % genetic and 70 % lessons learned by life experiences. I was awakened to the possibility that I might have some leadership qualities by an incident in my teens. I was in the English Church in Lausanne, Switzerl
Read more