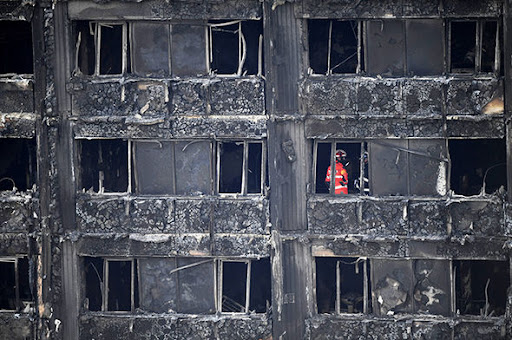 Grenfell Tower Courtesy Express.co.uk The Grenfell Tower Tragedy The tragic, senseless death of 79 people in the burning of the Grenfell Tower could have been avoided. Last Sunday’s front page of New York Times article , An Accident Waiting to Happen makes it clear. Accidents are defined as “unforeseen and unplanned events or circumstances  (Webster.) This was no accident. As Justin Davidson wrote in NewYork Magazine “There is no such thing as an accident when a high-rise building fails. If gas leaks, wires spark, or a wall crumbles, those are not acts of fate, but the preventable consequence of people not doing their jobs. ” As in most catastrophes, there were warnings that were willfully ignored for cost consideration. Glyndon Evans, a fire safety advisor to the fire fighters’ union had testified in parliament about the risk that the cladding that made up the façade of the tower could combust. He said: “If the cladding cannot resist the sprea
Post a Comment
Read more
More posts